The Cillit product range for perfect drinking water treatment in your home is as varied as the water quality in different regions!

In many countries, water delivered by the water company is basically clean and safe when it comes out of the tap. However, tap water can often contain sand and other particles which enter the water system during repairs and new connections. Fluctuations in pressure and vibration can also loosen rust and dirt particles that have lain in the local pipe network undisturbed for decades, resulting in taps, shower heads and the valves in household appliances becoming blocked.

In some countries drinking water from the tap is either unpleasant to the taste, due to the strong odour of chlorine, or contains contaminants (arsenic, lead, nitrates, etc.). Other regions may have to contend with high levels of calcium in the water, which can lead to deposits in pipework, burst pipes or other problems. 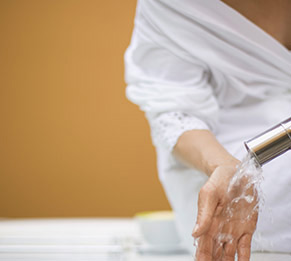 The ‘front gate’ to your drinking water installation

Sand, rust particles and other impurities in tap water pose a threat to your domestic water system and any appliances connected to it. Valves can become blocked, taps can drip and pipes may even burst. Installing a particle filter protects against these ‘attacks from the outside’ and is therefore a mandatory requirement of the relevant industry standard. 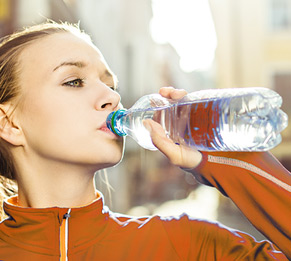 Drinking water supplies our bodies with precious minerals which, whilst good for us, are bad news for our domestic water installation. Cillit Antikalk retains all the substances in the water, but for example prevents limescale deposits forming in pipes. It requires no salt or regeneration agents and is therefore both environmentally-friendly and easy to use.